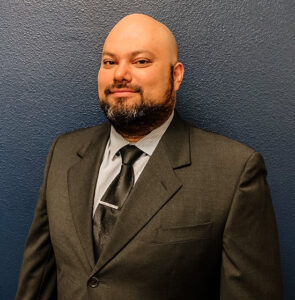 California born and bred, Gerardo moved to Las Vegas, NV in 2012. He joined the firm after previously practicing in the areas of consumer bankruptcy and foreclosure mediation. Gerardo started his undergrad with Strayer University in Washington DC, while proudly serving in the United States Marine Corps and majored in Homeland Security and Emergency Management. He left active service with an honorable discharge as a combat veteran and turned his sights on Law School after completing his undergrad. Gerardo graduated from William S. Boyd Law school with his J.D. in 2019. During his time as a law student he was a member of multiple student organizations including the student chapter of the Animal Legal Defense Fund and the Latin/Hispanic Law Student Association. He was also an officer and student representative for the student chapter of the Federalist Society. He graciously volunteered his time at the Legal Aid Center of Southern Nevada as a Criminal Record Sealing Class instructor and volunteered at the UNLV Immigration Clinic including travel to the USCIS Asylum Office in Anaheim California to assist low income immigrants to Nevada with their asylum applications and interviews.

Currently, Gerardo is a volunteer attorney for Legal Aid Center’s Children’s Attorney Project where he represents children in abuse and neglect cases. He is also a member of the National Associate of Consumer Advocates and an Advocate Attorneys Consumer Protection Fellow.