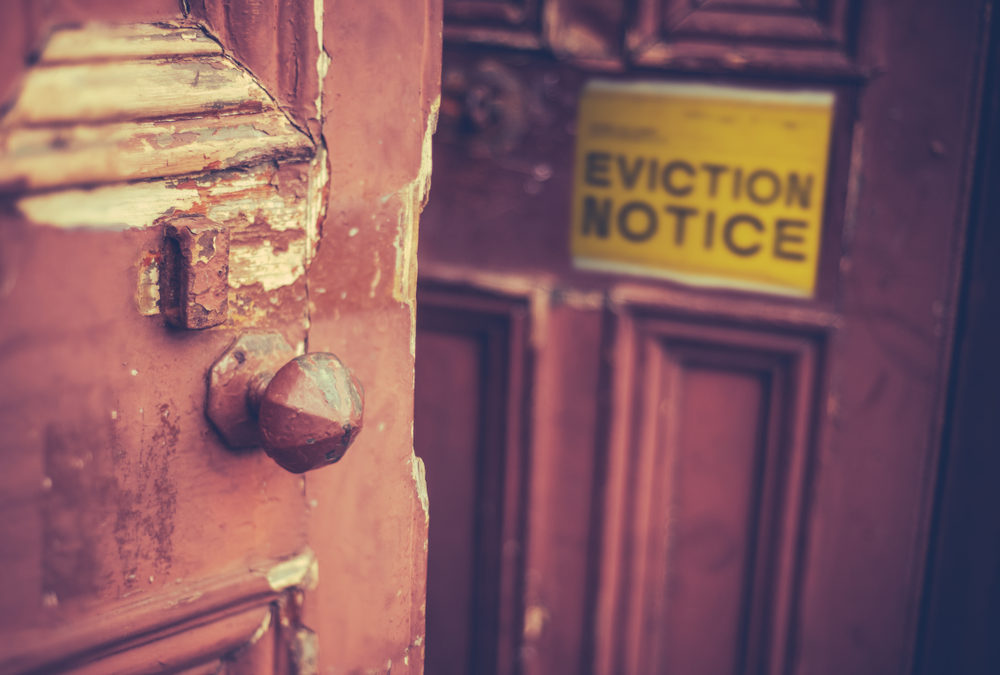 In 2018, local news affiliate KTNV reported that 47% of Nevada residents rented their living space. That’s significantly higher than the percentage of U.S. households renting their homes, according to Pew Research Center. Although Pew reported that renting was at a 50-year high, the national rental rate was just 36.6%. Unsurprisingly, increased demand for rentals means increased prices. As of October of 2018, Las Vegas was posting the highest year-over-year rent increases in the country.

High demand and high pricing may be one reason that five Nevada cities appear on the Eviction Labs list of Top Evicting Large Cities in the U.S. North Las Vegas leads the state, with 5.82% of rentals ending in eviction each year, as compared with 2.3% nationwide. Others on the list include Sunrise Manor, Paradise, Henderson, and Las Vegas. In Las Vegas, about 10 households face eviction each day.

Another factor is Nevada’s unusual eviction law, which puts the burden on the tenant to request  a hearing to avoid eviction. In most states, the landlord must file for eviction in court and serve the tenant with a copy of the complaint. Depending on the state, the tenant then has a certain number of days to answer the complaint, or is assigned a date to appear in court. This process not only ensures that the tenant has advance notice of the eviction and provides an opportunity to raise defenses, but often means more time for the tenant to offer payment or make other arrangements as the case moves through the legal process.

A new law that took effect on July 1 of this year provides some additional protection to tenants, but still requires the tenant to act to prevent an order of eviction from being entered. So, a tenant facing eviction typically has very little time to act. And, there are few successful defenses in a Nevada eviction proceeding, so even those tenants who act quickly to request a court hearing may be forced to move out on short notice.

While Chapter 7 bankruptcy doesn’t stop eviction in the long-term, it can provide an opportunity to stay in your house or apartment a little longer while you make other arrangements. When you file for bankruptcy, the court will typically enter an order called the “automatic stay” right away. The automatic stay is a court order that tells creditors they are not allowed to pursue collection action against you while the stay is in effect.

Though the automatic stay generally remains in effect throughout the bankruptcy case, the landlord can file a motion asking the bankruptcy court to lift the automatic stay to allow the landlord to go ahead with the eviction proceeding. Generally, a motion for relief from stay to move forward with an eviction will be granted unless the tenant has a good reason that the protection should continue.

Since 2005, even this protection has been limited. The automatic stay doesn’t stop a landlord from proceeding with eviction if the landlord received a judgment of possession before the bankruptcy case was filed. So, taking advantage of the brief relief offered by the automatic stay in a Chapter 7 case requires quick action.

In the beginning, a Chapter 13 bankruptcy interacts with eviction proceedings in much the same way as a Chapter 7 case. If the landlord has already obtained an order of possession, the eviction can proceed as scheduled. Otherwise, the automatic stay will, in most cases, temporarily prevent the landlord from moving forward.

The difference is that if you want to stay in your rental unit and you have enough money to keep paying the rent, you may be able to build past-due rent payments into your Chapter 13 bankruptcy plan. While the landlord in a Chapter 13 case can still file a motion for relief from stay, that motion is much less likely to be granted if the plan provides for payment of back rent while you keep your current rental payments on schedule. And, of course, the landlord may not even pursue relief from the stay if he or she sees that your bankruptcy plan will cure the default and you will have funds to make timely payments moving forward.

Limitations on Bankruptcy Protection Against Eviction

In addition to the limitations described above, it is important to note that the automatic stay does not apply at all in certain circumstances. The landlord may proceed with an eviction that is based on endangerment of the property or illegal use of controlled substances on the property. To proceed under this exception the landlord must submit a sworn statement to the court, indicating either that an eviction on those grounds has been filed, or that the tenant in the preceding 30 days endangered the property, illegally used controlled substances on the property, or allowed someone else to do so.

If you’re facing eviction in Nevada, you can’t afford to delay. To schedule a free consultation with one of our experienced Las Vegas bankruptcy attorneys, call 702-903-1459 right now. Or, you can contact us through the form on this page.